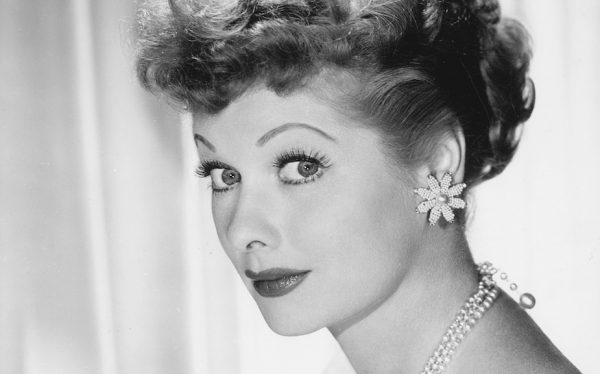 Lucille Ball Finds Her Niche, Prefers Lilac, Dates Henry Fonda, Stuns Desi with Her Beauty, and Loves Being a Mom.
Listen to my Classic Hollywood podcast, Vanguard of Hollywood , available everywhere you listen to podcasts!

“I’m a Leo.  I was born on a Sunday, August 6, 1911.  Unfortunately, everybody knows my birth date because I told the truth when I first came to Hollywood.”

What a funny, straight-forward, and charming way to present your birth date.  It’s so Lucy.  No wonder we all love her. 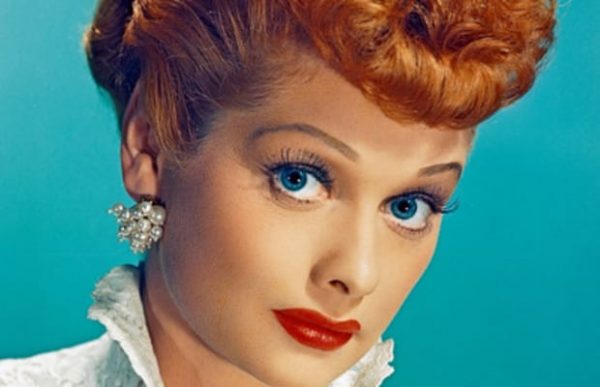 It’s no overstatement to say the world loves Lucy.  I think it’s telling of Lucy’s enduring appeal and popularity that, even at two years old, my daughter was not only a huge Lucy fan, but also able to identify her photo.

There aren’t many stars who attain that level of love and recognizability.

To celebrate Lucy today, I want to share 10 quick facts about this amazing woman.

Here are a few things about Lucille Ball you may not know: 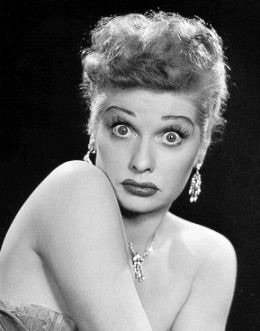 1. She’s Not from New York City

Many people think Lucy is from New York City, but she actually grew up around Lake Chautauqua, in the western part of New York state. 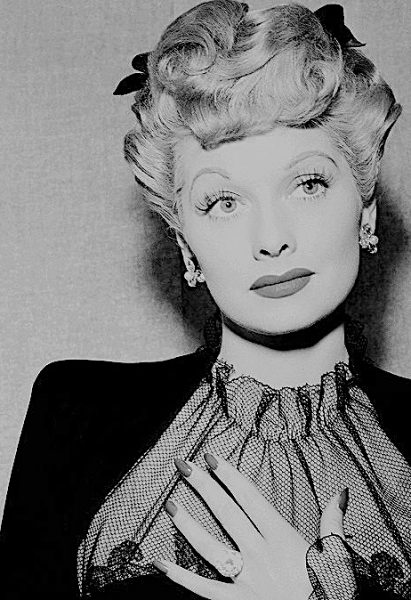 Lucy always prided herself on having a strong moral code.  In her own words,

“I’ve always known right from wrong and I’d like to know how I learned this, to make sure my kids do.” 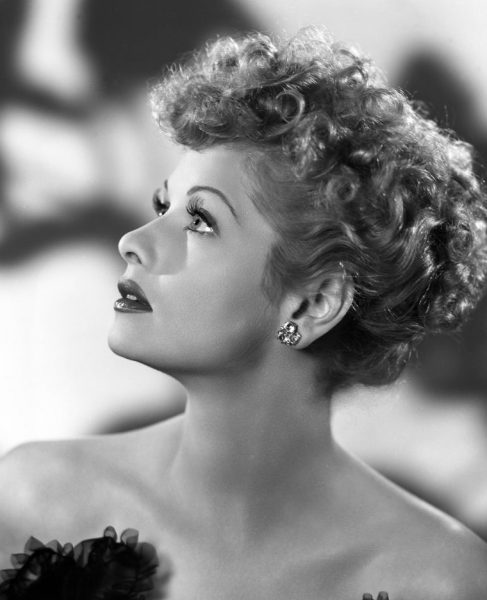 Lucille Ball was a “B” movie star before getting her big break with I Love Lucy.  Her unique combination of beauty, glamour, intelligence, and humor confused the Hollywood establishment: the big wigs at the major studios sensed Lucy had something special, they just never really figured out what to do with her…

Despite a few really standout performances, Lucy never hit her stride in her film career of the 1930s and 40s.  But Lucy finally found her platform on television with I Love Lucy.  It was then that the world finally realized what a rare gem Lucille Ball was. 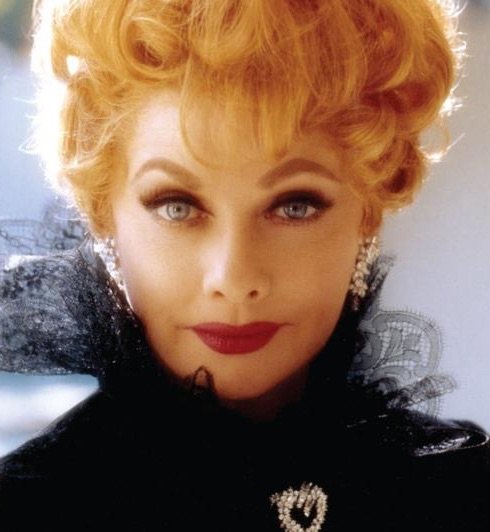 Lucy loved lilac, and frequently tried to be in New England in May:

“just to see and smell lilac in bloom.”

Henry Fonda and Lucille Ball played the parents of 18 children in the family film that inspired The Brady Bunch, 1968’s Yours, Mine and Ours.  But Lucy and Hank went way back, and dated for a time at the start of their respective Hollywood careers.  Hank was Jimmy Stewart’s roommate, Lucy was good friends with Ginger Rogers, and Ginger was dating Jimmy!  So Hank and Lucy often tagged along with Jim and Ginger on their dates, and made it a foursome.

One night the boys took the girls out dancing.  When they arrived back at the boys’ place, Fonda was hoping for a little romance.  But Jim and Ginger spoiled it all.  As Hank remembered:

“Jim and I were all set for a good time, but then Jim and Ginger decided to dance in and out of every room.  Before I could say, ‘Jim, for heaven sake, don’t take her into the kitchen…they were IN the kitchen.  And we had piles of plates we hadn’t washed up for a week.  That was too much for Ginger.  She started washing up, and Lucille joined her.”

Certainly not the romance Hank was looking for!  By the time they made Yours, Mine and Ours (1968), Hank and Lucy had enjoyed years at the top of their field, with Lucy even becoming a pioneering female producer with her production company, Desilu.  In his later years, Fonda recalled his dates with Lucy, and joked:

“If I’d behaved myself, they might have named that studio Henrylu.”

6. Desi was a Younger Man

Lucy was six years older than Desi Arnaz, who she married in 1940.

Desi thought Lucy was the most beautiful woman he’d ever laid eyes on.  When he first saw her, Desi was so taken with Lucy’s beauty that he exclaimed: 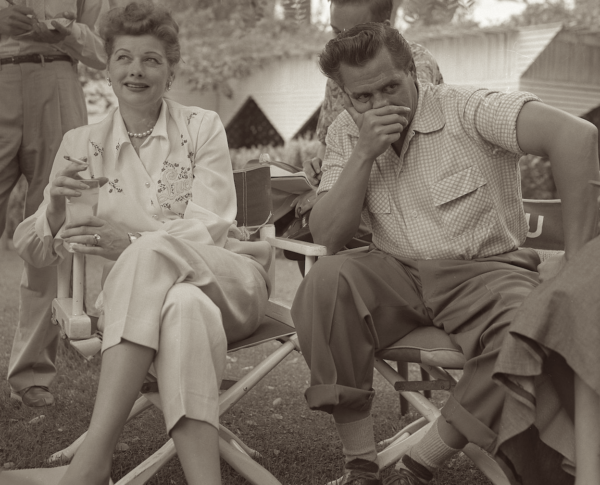 From the very beginning of their marriage, Lucy and Desi kept their bank accounts separate.  As Lucy was a saver and Desi a spender, the pair decided, as Lucy put it, that:

“It would save a lot of arguments, we felt, if we kept our incomes and obligations completely separate.”

8. Lucy Always Wanted to Be a Mother

Lucy and Desi desperately wanted children.  But it took them years, and sadly, several miscarriages, before they welcomed their first child, daughter Lucie, into the world.  Lucy was a month shy of turning 40 years old when she became a mother, her life’s dream. 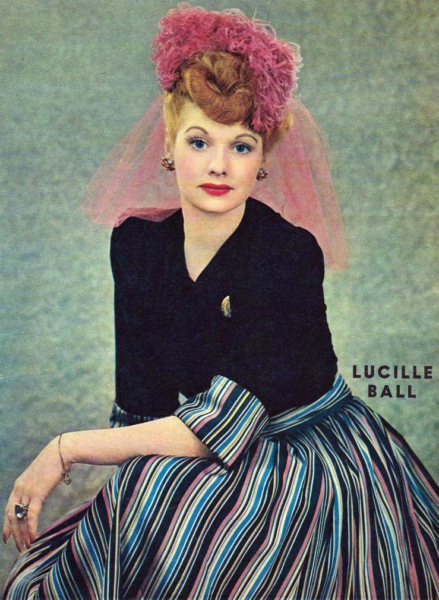 The iconic name of the show was an accident, thought up by Desi.  One day, while discussing character development with the show writers, Desi exclaimed:

“‘Lucy [the show character] tries so hard…she can’t dance and she can’t sing…she’s earnest and pathetic…Oh, I love that Lucy!’”

And so the title of I Love Lucy was born.

10. There Would be No Cruel Humor

Lucy and Desi had strict guidelines for the quality of humor on I Love Lucy.  There were certain lines that they just would not cross.  As Lucy shares in her autobiography,

“The humor could never be mean or unkind. Neither Ricky nor Lucy would ever flirt seriously with anyone else.  Mothers-in-law would not be held up to ridicule.  Most of all, Desi insisted on Ricky’s manhood.  He refused to ever be a nincompoop husband.”

Undoubtedly, one of the reasons I Love Lucy remains such a beloved classic today is because Lucy and Desi decided to keep the comedy positive. 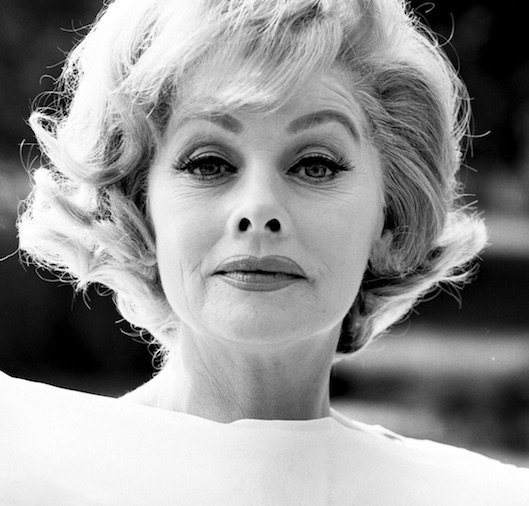 There you have it!  10 facts to celebrate why we all love Lucy.

Happy Birthday Lucy!  Thanks for being one of a kind, and for making the world a better place with your grace and humor. 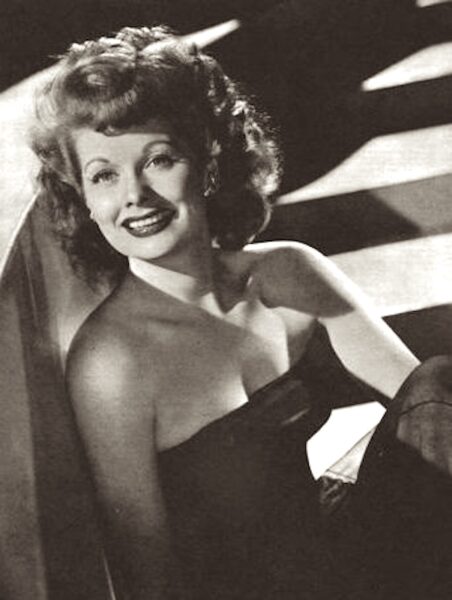 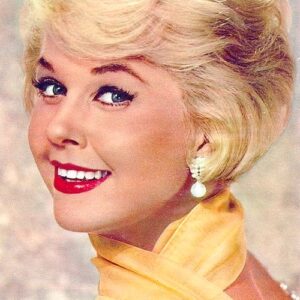 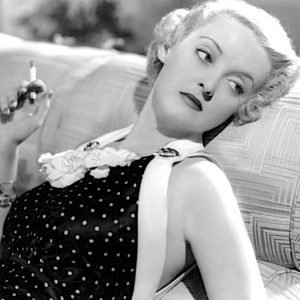 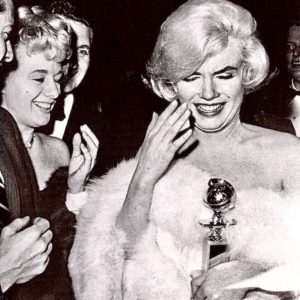 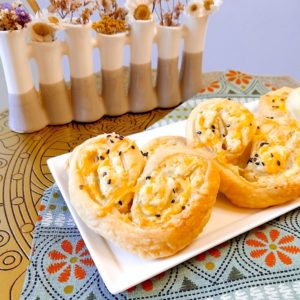 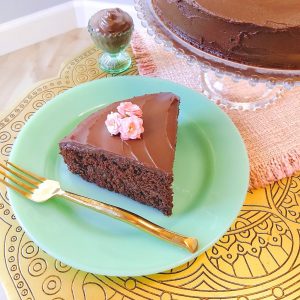 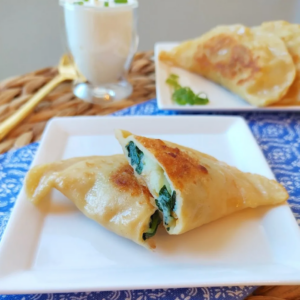