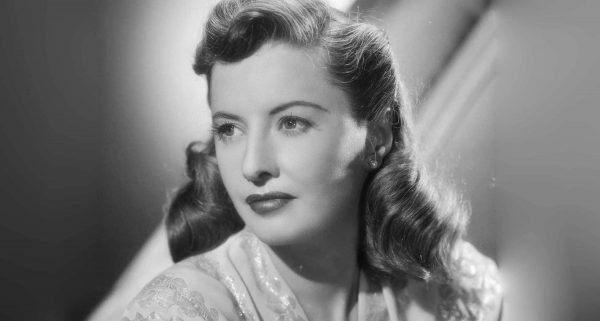 No Star of the Month for February.  Instead, TCM will play various films that have been nominated for or won Oscars.

For a unique spin on this Oscar theme, this month I’m showcasing two actors who never won competitive Oscars, despite their amazing talents and contributions to countless films that did win Oscars.

Last week I finished spotlighting Cary Grant.  The star I’ll highlight today is just as perplexing a case of Oscar Injustice as Cary Grant, maybe even more so.

She was nominated four times during her career, made over 80 films, and played characters ranging from burlesque dancers to self-sacrificing mothers to cold blooded killers.  And she played them all utterly believably.  She brought laughter, sympathy, hate, or love to a role, whatever emotion was called for, with complete credibility.

She was born Ruby Catherine Stevens on July 16, 1907 in Brooklyn, New York.  Poor Ruby had the deck stacked against her from the beginning.  She was the youngest of five children, with 3 much older sisters and a brother, Malcom, the sibling closest to her in age.  When Ruby was only four years old, her mother Catherine, pregnant again, was pushed off a streetcar by a drunk.  The fall resulted in severe head injuries.  After a month of fighting for life, Catherine and her unborn child passed away.

Barbara Stanwyck Grows Up an Orphan

Things just got worse for young Ruby Stevens from there.

Two weeks after her mother was buried, Ruby’s father Byron deserted his family, and took off to help built the Panama Canal.  He was never seen again.  At four-years-old, Ruby was an orphan.

Ruby and her brother Malcom, who took father Byron’s name after he vanished, spent the rest of their childhood years hopping from one foster home to another.  Often they were separated and sent to different homes, much to their dismay.  The two became even closer through these difficult times, however; and for the rest of her life, Ruby remained loyal to her older brother, offering her home and extra work in films to him after she made it big in Hollywood.

Side note: Why Ruby’s older sisters never stepped in to permanently take Ruby and Byron into their homes is unclear.  For short periods of time they did, but none of the sisters could (or were willing?) to make the necessary adjustments in their lives and/or families to take in young Ruby and Byron permanently. 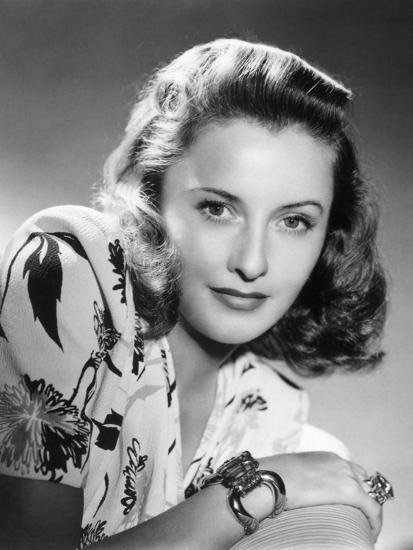 "Hapless, But Not Hopeless"

Ruby had every reason to withdraw from life, but she didn’t.  She was a fighter.

Looking back at her childhood in 1938, Barbara shared that:

“growing up in one foster home after another didn’t give me any edge on the other kids or any excuse for whining, protesting, demanding. Besides, why whine?”

Barbara further added that the situation of children with circumstances like hers was:

“hapless, maybe, but not helpless, not hopeless.”

It was this inspiring attitude of optimism that lifted Ruby Stevens from circumstances a less motivated individual would surely deem insurmountable.

The Birth of Barbara Stanwyck

By the time she was 14, Ruby knew she wanted a career in show business.  And she began as a dancer and a showgirl.  Barbara Stanwyck was never one to harp on the past, or even talk about the difficulties she experienced at this or any other time in her life.  But as a young, struggling chorus girl in the oftentimes mob attended, shady clubs of the 1920s, Ruby quickly learned how to protect herself from the unsavory characters she dealt with.  Co-stars and co-workers from Barbara’s Hollywood years would later recall seeing cigarette stub scars on her chest, reminders of the years when young Ruby Stevens had to defend herself so fiercely.

Ruby danced in choruses, burlesque, and eventually landed a gig in a Ziegfeld Follies production.  She finally got her big break after meeting playwright Willard Mack, who thought this showgirl may have potential to do more than hoof.  Mack cast Ruby in 1926’s “The Noose.”  It was Ruby’s first chance at solid acting, on Broadway no less.  Mack could tell she would be a hit, and re-named her “Barbara Stanwyck,” pasting the name together from an old program for a play he found called “Barbara Frietchie,” which starred an actress named Jane Stanwyck.  And so Ruby Stevens became Barbara Stanwyck.

Barbara was a hit in “The Noose,” and landed another role on Broadway in 1928’s, Burlesque, in which she met her soon-to-be husband, Frank Fay.  At the time, Fay was the darling of Broadway.  A comic along the lines of Jack Benny—Benny even credited Fay for influencing his own comedic style and persona—Fay was the most sought after M.C. on Broadway, and Hollywood had big plans for him.  Fay and Barbara wed in August of 1928.  It wasn’t long before the Fays were off to Hollywood to try their hands at film careers. 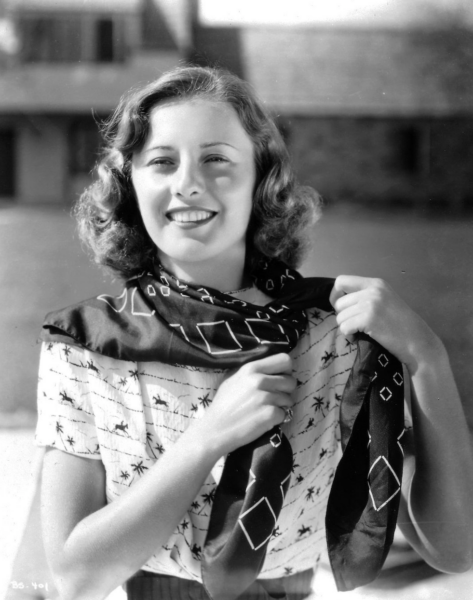 Barbara’s start in Hollywood was rocky.  The director of her first film, The Locked Door (1929) reportedly shouted on set in front of the whole crew that he:

But Barbara was smart enough to not put any stock in this vicious explosion, and kept moving forward with the film and her career.

After this bumpy beginning, something unexpected occurred: it was Barbara, not Frank Fay, who found success in the movies.  Unfortunately, it was too much for Fay’s ego to handle.  He became an abusive alcoholic.  Barbara put up with Fay’s alcoholism, and physical and mental abuse for some time, convinced that eventually, things would change.  But not even the adoption of a son in 1932, Dion Anthony Fay, could save the marriage.  (A botched abortion at age 15 left Barbara unable to have children.  The experience made her a pro-life advocate for the rest of her life.)

Fay’s alcoholism and abuse continued to reach new heights.  At one point he reportedly threw Dion into their pool.  That didn’t sit well with Barbara, and the couple divorced in 1935.  Their seven-year marriage lasted as long as it did largely out of Barbara’s sheer will power.

At a mere 28 years old, Barbara Stanwyck had already survived being orphaned, growing up in foster homes, hoofing in mob-riddled 1920s NYC, and an abusive, alcoholic husband.

Despite the turmoil of her personal life, Barbara’s career was on fire.  Ladies of Leisure (1930) marked the beginning of her magnificent film relationship with director Frank Capra, Night Nurse (1931) cast her opposite a very young (and villainous) Clark Gable, and 1933’s Baby Face proved a watershed film not just in Barbara’s career, but Hollywood history overall.

Hard work was Barbara Stanwyck’s saving grace.  It helped her deal with the adversity in her personal life.  As Barbara shared in 1937:

“I knew that after fourteen I’d have to earn my own living, but I was willing to do that…I’ve always been a little sorry for pampered people, and of course, they’re ‘very’ sorry for me.” 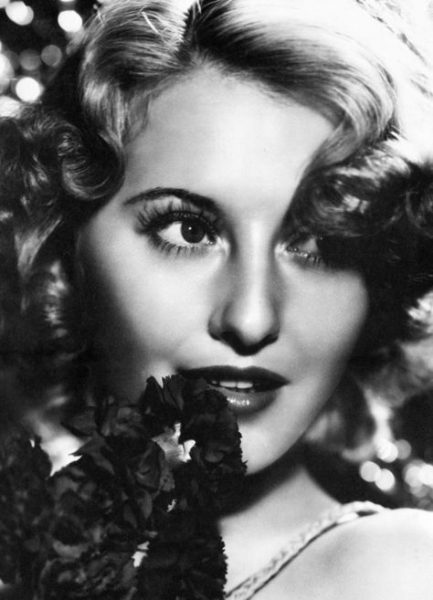 As Barbara’s hard work continued to pay off in her film career, she finally caught a break in her personal life when she met Robert Taylor. 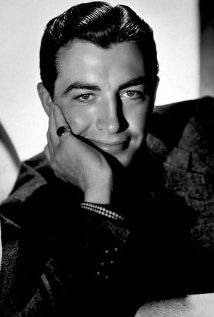 And that’s it for this week.

We’ll pick up with Barbara’s life next week as my Barbara Stanwyck Oscar Injustice Series continues. 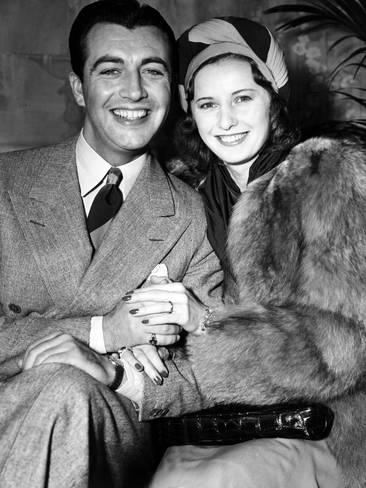 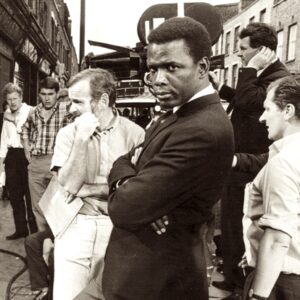 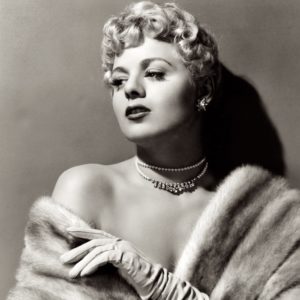 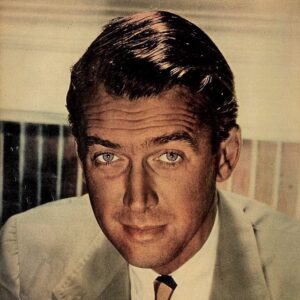 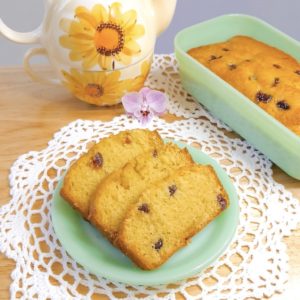 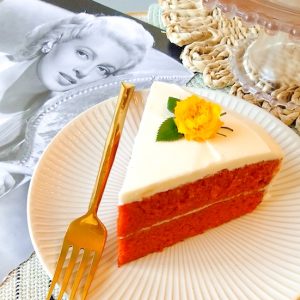 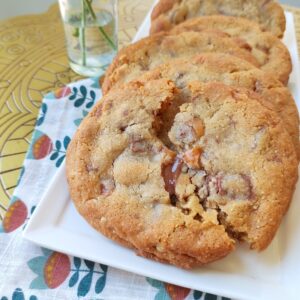