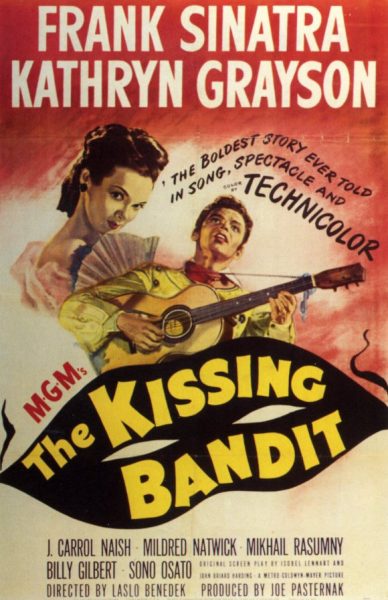 There are many legitimate reasons why The Kissing Bandit (1948) is not a beloved classic today.  The uninspired script probably tops the list.  But the film is worth viewing, if only for the chance to hear the beautiful voices of Kathryn Grayson and Frank Sinatra together, and to see Kathryn looking lovely in period costumes. 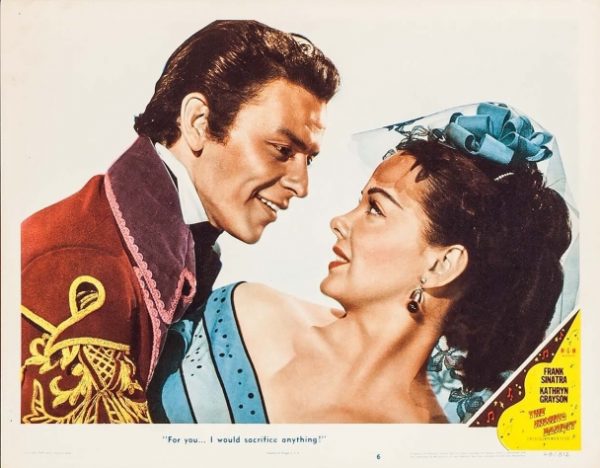 The Kissing Bandit is set in 19th century California during the rule of the Spaniards.  Frank Sinatra plays Ricardo, a young man just returned home after completing hotelier school in Boston.  Ricardo is excited at the prospect of turning his deceased father’s California inn into the most magnificent hotel in the state.

However, Ricardo’s plans are thwarted when his father’s right hand man, Chico (J. Carrol Naish) informs him that the inn was just a front: Ricardo’s father was actually the notorious “Kissing Bandit,” who robbed and stole with his crew, and kissed each woman at the scene of the crime before departing.  Ricardo, an incredibly timid and mild-mannered young man, is shocked.  But Chico convinces him to carry on in his father’s footsteps. 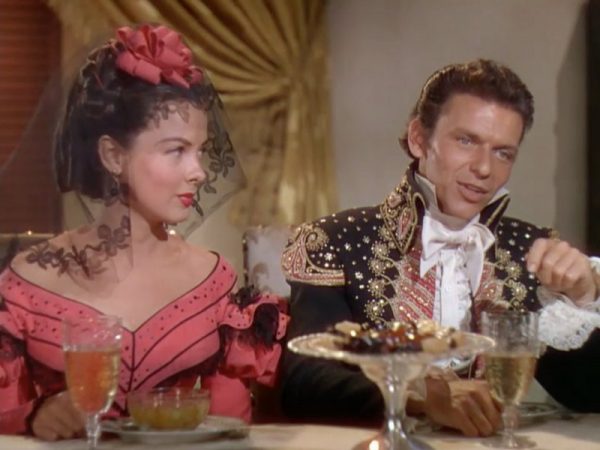 Frank Sinatra in The Kissing Bandit

As in Anchors Aweigh, Sinatra plays against type here.  And once again, he does a superb job.  Frank delivers even the most insipid lines in such a way that I found myself laughing out loud.  Don’t miss this Sinatra line towards the beginning of the film when Chico explains to Ricardo his father’s true profession, and Ricardo exclaims:

“You mean he kissed women he didn’t even know?!  Women he hadn’t been introduced to?!”

Sinatra just nails it, from the innocent, shocked look on his face to the cadence of his voice.  Further irony is of course added by the fact that we know that the real life Sinatra would have in no way been shocked by such a man. 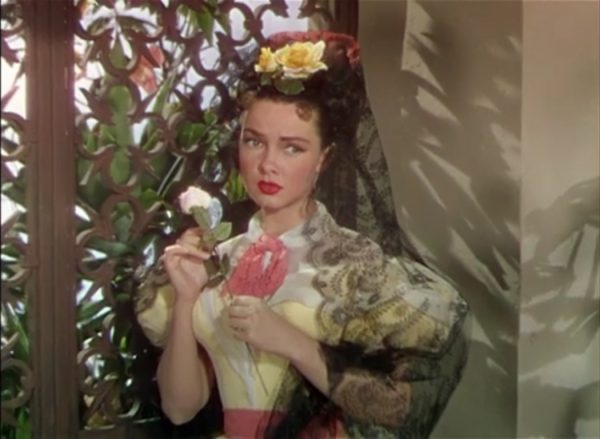 In her first scene in the film, Kathryn Grayson wears a beautiful yellow dress with coral pink accents.  She’s absolutely stunning as she sings her goodbye to her friends at school: she’s grown up now and ready to find romance and take her place by her father, the governor of California.

Kathryn is Technicolor perfection in every scene of the film.  No doubt, the camera loved her.  And the beautiful gowns and lush colors she wears throughout The Kissing Bandit only add to the visual enjoyment of the film.

You probably guessed that Grayson and Sinatra meet in the film during a robbery, Ricardo’s first in fact.  And Ricardo is so taken by Teresa’s (Grayson) beauty and innocence, he cannot bring himself to kiss her: she is different, too special for a casual, meaningless kiss.  The rest of the film centers around their cat and mouse romance: he loves her, she loves him, now she’s mad at him, now he must hurry away before her father discovers he is the “Kissing Bandit,” and along the way we get to hear some beautiful voices sing some beautiful songs.

One standout song is “What’s Wrong with Me.”  Grayson and Sinatra each sing this song after they first meet, each expressing disappointment over the missed kiss.  Both sing with magnificent skill and feeling. 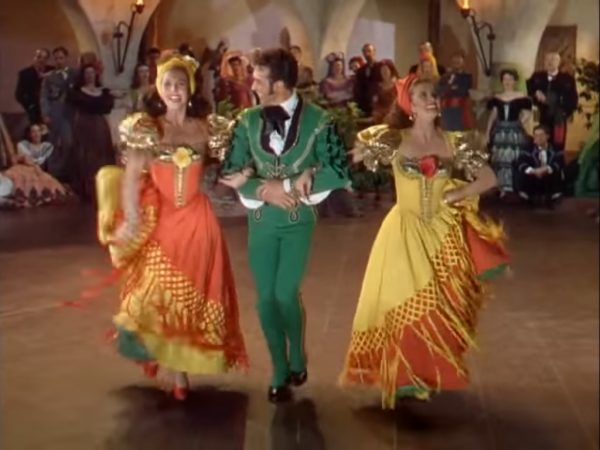 The Best Part of The Kissing Bandit

One of the best, yet totally random parts of The Kissing Bandit, is the love triangle “Dance of Fury” between Cyd Charisse and the charismatic Ann Miller over Ricardo Montalban.  The number may be the best part of the film.

The pairing of Charisse and Miller, two dance legends, is a real treat.  The energy they each bring to this short dance is truly magnificent.  Though both dancers expertly use their flowing red and yellow gowns to advantage with every step, and the fury in their eyes when Montalban gives his attention to one woman over the other is just electric, it’s Ann Miller who (as usual) steals the show.

The dance was added to The Kissing Bandit at the last minute.  MGM executives worried that the film would flop, so they had Robert Alton choreograph this number, hoping it would add some excitement to the film.  And boy does it.  Even if you never watch The Kissing Bandit, at least go to Youtube and watch this amazing dance number here.

And don’t forget to catch Kathryn Grayson next week, during her last week as TCM’s Star of the Month, in: 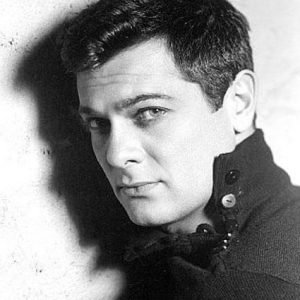 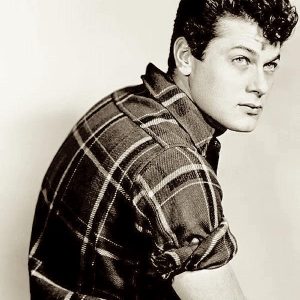 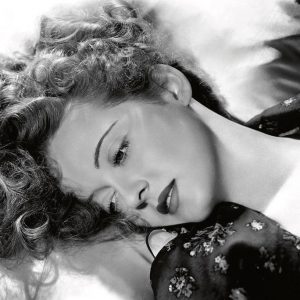 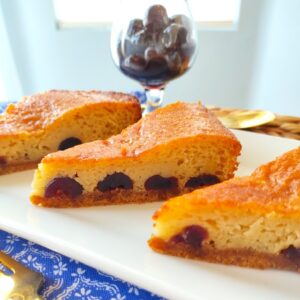 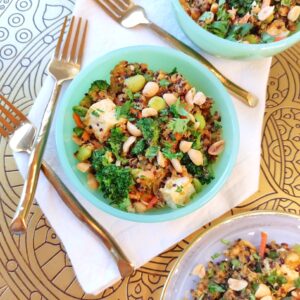 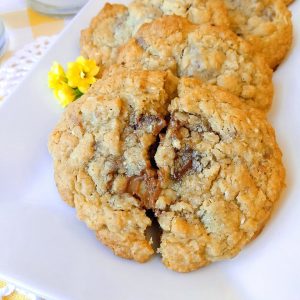