Singin' in the Rain (1952) & the Perfectionist Gene Kelly 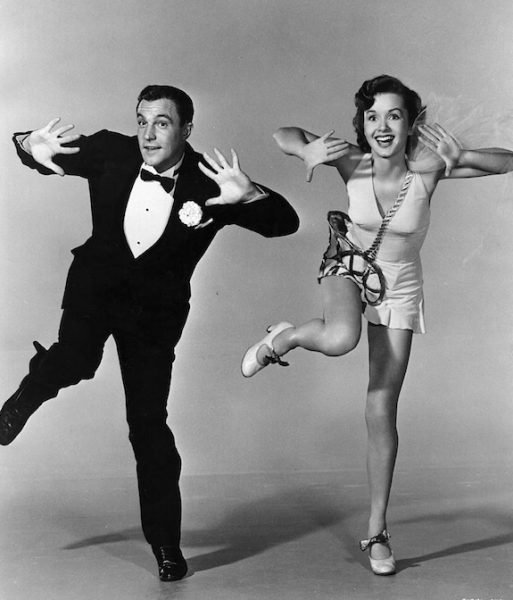 Rita Moreno Steals the Show, Debbie Reynolds Keeps Up with Gene Kelly, and Lina Lamont COULD Talk. From 1952, it's Singin' in the Rain.
Listen to my Classic Hollywood podcast, Vanguard of Hollywood , available everywhere you listen to podcasts! 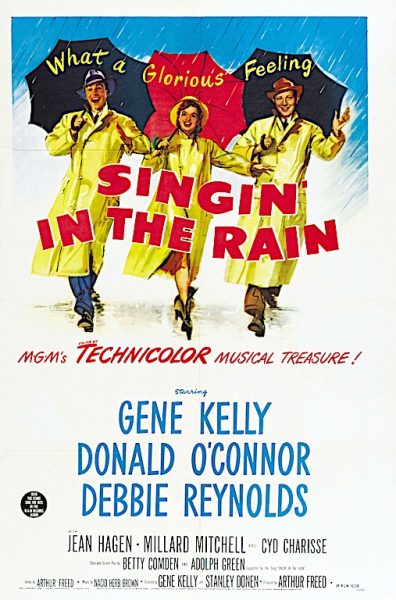 You can purchase or rent Singin’ in the Rain here on Amazon [aff. link].

My Summer Star of the Week: Rita Moreno

TCM featured Singing in the Rain last week to celebrate the beautiful, talented, and inspirational Rita Moreno. Born in Puerto Rico, Moreno and her mother moved to New York City in 1936, when Rita was five years.

Rita Moreno is a multi-talented performer.  She’s a fabulous dancer—she trained with Rita Hayworth’s uncle—but she’s also a gifted actress.  Rita is probably best known for her iconic performance as Maria in West Side Story (1961), for which she won the Best Supporting Actress Oscar.

In fact, Rita holds the unique distinction of being one of two performers in history to win an Oscar, an Emmy, a Grammy, and a Tony, in addition to achieving the Triple Crown of Acting.  She’s a trailblazer in her field.

Though Rita’s role in Singin’ in the Rain is small, she delivers a stellar performance, and quite literally steals every scene she’s in.

Let’s get to the plot of the film.

The Plot. And the Costumes.

Which means every costume–designed by the great Walter Plunkett–is beyond beautiful.

Plunkett that said the costumes in Singin’ in the Rain were the most difficult, intricate costumes he designed throughout his entire career.  He certainly had his work cut out for him: audiences of the 1950s could still remember what people dressed like in the 1920s, so Plunkett’s designs had to be both nostalgic and accurate.  In each requirement, Plunkett more than succeeds.

We meet Rita Moreno’s character right away, arriving at a silent film premiere amidst the cries of adoring fans.  She’s Zelda Zanders, “The Zip Girl,” clearly a spoof of “The It Girl” of the 1920s, Clara Bow.

It’s a Lockwood and Lamont film the fans are queued up to see.

We learn from a highly entertaining music and dance montage that before becoming a heartthrob, Don Lockwood was a Vaudevillian hoofer, tapping and singing his way through rinky-dink theaters across America with his best friend, Cosmo Brown (Donald O’Connor), before becoming a stuntman in Hollywood, and then–by a miraculous twist of fate–a leading man.

We also learn that Lina Lamont is dumb as rocks.

And that, despite her great beauty and incredible popularity, she’s not very talented.  As Cosmo, who works alongside Don and Lina in the music department at Monumental Pictures, so aptly describes Lina:

Well, she can, it just hurts your ears.

Like her voice is physically painful to listen to.

And she’s so shallow and vain, Lina doesn’t understand that the publicity department and Don are only trying to save her career whenever they attempt to stop her from talking in public.

Lina also believes all the fan magazine articles she reads about herself and Don, which harp on how in love the two stars are off screen.  As a result, Lina is constantly throwing herself at Don, even though he basically can’t stand her.

So it doesn’t sit well with Lina when she discovers from her good friend Zelda that Don has fallen for Kathy Seldon (Debbie Reynolds), a dancer who accidentally hits Lina in the face with a pie at a Beverly Hills party.

A perfectly aimed pie, I must add.

Gene Kelly told Debbie Reynolds she only had four pies, and four chances, to hit Jean Hagen right in the face.  Debbie insisted she only needed one take, and she was right.

Lina’s life gets even worse when Monumental Pictures decides to make the next Lockwood and Lamont movie into a “talking picture,” the new film sensation with audiences.  Silent films seem a thing of the past.

The preview screening of Don’s and Lina’s first talkie goes so poorly, Don thinks his career is over.  But some late night singing and dancing with Cathy and Cosmo leads the three of them to a brilliant idea: make the film into a musical to capitalize on Don’s singing and dancing talents, and have Kathy dub all of Lina’s talking and singing.

The studio heads love the idea too, and it’s a go.

The Lockwood/Lamont musical ends up being such a hit, Lina demands that Kathy dub all her talking and singing for all future pictures, and do nothing else with her burgeoning career.

Lina thinks she’s gotten away with her scheme.  That is, until Don and Cosmo play a trick on her: in front of a live audience after the film premiere, Lina lip syncs “Singin’ in the Rain” for the crowd, while Kathy does the real singing behind a curtain.

But then Don and Cosmo raise the curtain and the truth is exposed!

The audience sees that Lina is just mouthing the words, and that the beautiful voice they loved in the film belongs to Kathy. 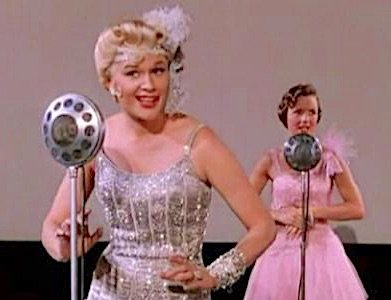 Singin’ in the Rain ends with Don and Kathy kissing in front of a movie poster of the two of them, suggesting that Don and Kathy are now the most popular romantic team in movies.

And this time, the romance is real off screen, too.

Singin' in the Rain Casting Controversy

By the early 1950s, Gene Kelly was an established film and dance legend.

Gene did it all—he could sing, dance, act, and choreograph.  He even proved himself a capable director with 1951’s An American in Paris, which Gene co-directed, choreographed, and starred in.  Thanks to the talents of Gene Kelly, An American in Paris elevated the movie musical to new heights.  Gene received an Honorary Academy Award for his work on the film at the 1952 Oscars.

But not even all of Gene Kelly’s clout could stop Debbie Reynolds from being cast as his leading lady in Singin’ in the Rain.

And according to Debbie Reynolds, Kelly did not want her in the film.

Gene was most likely against Debbie’s casting because, at this early stage of her career—and a mere 19 years old—Debbie Reynolds was not a dancer.  Debbie had zero dance training.  This was understandably a set back to the perfectionist Gene Kelly, who expected the dancers and dancing in his musicals to be as top notch as he was.  Gene must have known that teaching anyone to keep up with him on the dance floor, especially a novice like Debbie, would be difficult if not impossible.

The Taskmaster on Singin' in the Rain

Luckily for Gene, Debbie was a natural.

It’s true she (and Donald O’Connor, for that matter) lack Kelly’s effortless style and ease on the dance floor, but Debbie more than carries her weight in the film.  She’s spectacular.  You’d never guess that Debbie Reynolds was learning how to dance while filming Singin’ in the Rain.

But Debbie’s amazing results came at a cost.  As Debbie writes in her autobiography [aff. link],

“He [Gene] came to rehearsals and criticized everything I did and never gave me a word of encouragement.  He was a severe taskmaster.  I’ve never worked so hard.  I was dancing for eight hours a day.  Making Singin’ in the Rain and childbirth were the two hardest things I’ve ever done.”

It was actually the encouragement of Fred Astaire, arguably Gene’s only peer in the dance world, that helped lift Debbie’s spirits during filming.  Astaire found Debbie crying one day under a piano on set.  He consoled her, and took Debbie to his own dance rehearsal, where, according to Debbie, she:

“…watched in awe as Fred worked on his routines to the point of frustration and anger.  I realized that if it was hard for Fred Astaire, dancing was hard to everyone.  No one ever made it look easier.  His kind gesture helped me a great deal.”

What a gentleman, that Fred.

But before you start thinking Gene Kelly was a big jerk, it’s important to note that Debbie Reynolds credits Gene and all of his pushing on Singin’ in the Rain for shaping her into the performer she became.  And, though the two never worked together again, they did stay on friendly terms.  After filming, Gene frequently complimented Debbie on her fantastic work in Singin’ in the Rain.

Jean Hagen: the Underappreciated Powerhouse of Singin' in the Rain

Jean Hagen was a starlet who, for some bizarre, inexplicable reason, never became a mega star.

As Singin’ in the Rain clearly demonstrates, Jean had it all: beauty, charisma, and talent.  For her literally flawless performance as Lina Lamont, Jean received a Best Supporting Actress nomination.

And that squeaky voice she perfects in the film was based off of none other than Judy Holiday.

The Real Voice in Singin' in the Rain

Jean Hagen studied drama at Northwestern University before coming to Hollywood.  And in real life, she had a beautiful voice.

There’s a scene in the film where Kathy and Don are at a recording studio.  Kathy is recording lines for the film she’s to dub Lina’s voice in.

But the voice we hear coming out of Debbie’s mouth in this scene is not her own.

Jean Hagen’s actual voice was used for Lina Lamont’s speaking voice in the talking picture sequences in Singin’ in the Rain.

Stanley Donen, who co-directed the film with Gene Kelly, put it best:

“We used Jean Hagen dubbing Debbie dubbing Jean.  Jean’s voice is quite remarkable and it was supposed to be cultured speech—and Debbie had that terrible western noise.”

Singin' in the Rain: the Iconic Scene

Gene Kelly’s singing and dancing in the rain number is legendary.

But apparently, the day the dance began filming was a particularly rough one for Gene, who was running a temperature of over 100 degrees.

Perfectionist workaholic that he was, Gene decided to work through the pain, and “mark” the number—dancer’s lingo for not really doing every step in the dance full out, just kind of going through the motions—for co-director Stanley Donen.

But one thing led to another and…oops…they ended up filming the number that day because, even when sick and only marking the steps, Gene Kelly is awesome. 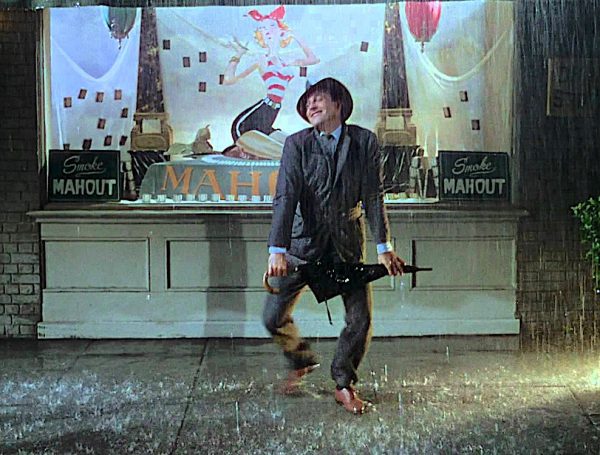 Some sources say that Gene got the entire dance sequence shot in one take that day.  Others insist that it took a few more days of filming to get the number just right.  Regardless, Gene Kelly made movie magic with this scene, despite his fever and wool suit that kept shrinking the longer he danced in that rain.

Another point of debate with this dance is just what liquid Gene was singing and dancing in.

As fans of the film are doubtless aware, legend has it that plain water wasn’t showing up on camera, so milk was mixed into the water to make it more visible.

But it’s also possible that it was merely clever backlighting that finally got that plain rain water to show up.

I don’t know which version is the truth.  And ultimately, it doesn’t matter: milk or water rain, Gene Kelly and his team created one of the most iconic dance sequences ever put on film.

That's it for Singin' in the Rain

That’s it for Singin’ in the Rain.

Join me next week for all about Audrey Hepburn and Sabrina (1954). 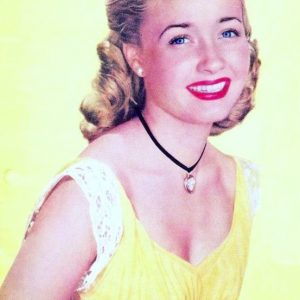 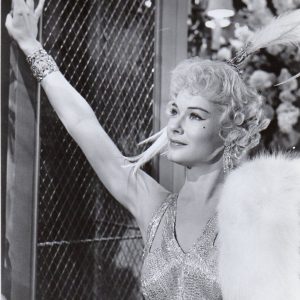 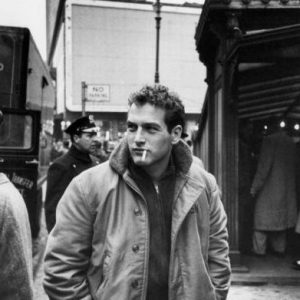 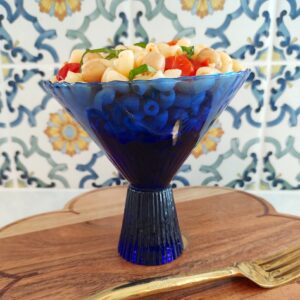 Pasta and Beans with Tomato 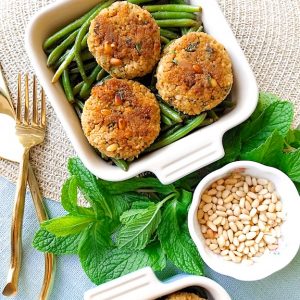 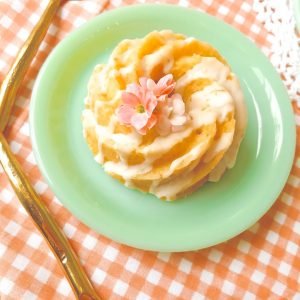 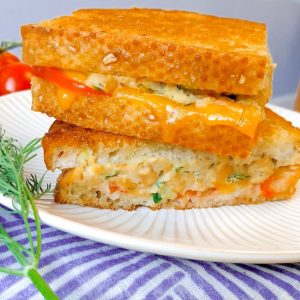